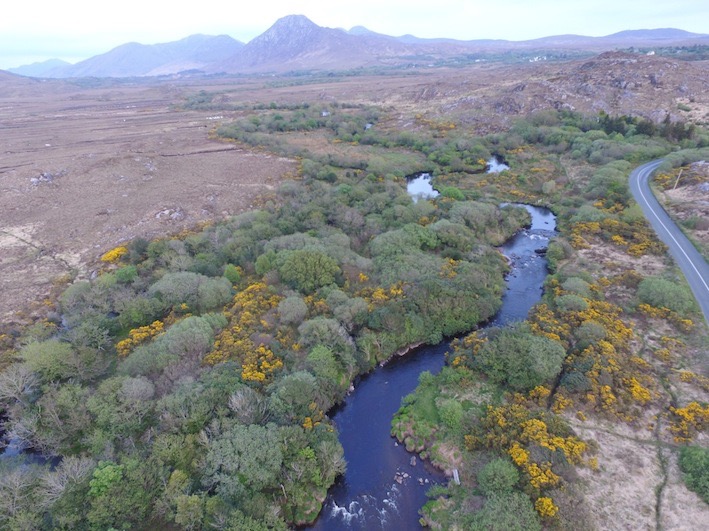 The main reason for this decline is the low level of survival of juvenile mussels, which are extremely sensitive to slight changes in environmental conditions. This is leading to an ageing population, not capable of replenishing itself. Juvenile survival is dependent on a clean, well oxygenated riverbed, with little silt, sediment, or algal growth.

In 2018, Letterfrack Tidy Towns through the Connemara Green Festival ran a mini conference on Freshwater Pearl mussel to highlight the vulnerability of this species. This species, which lives to 120 years is the oldest living species in Ireland. The Freshwater pearl mussel is sensitive to pollution and requires pristine conditions. We have two of the eight most important rivers for this species in Connemara; the Owenriff and the Dawros. This species is much maligned and yet it is on the verge of extinction with only one river nationally producing young. This is the Bundorragha river in Mayo.  The conference was well attended with farmers and other landowners attending and it served as a launch pad for the Freshwater Pearl Mussel EIP farm scheme locally.